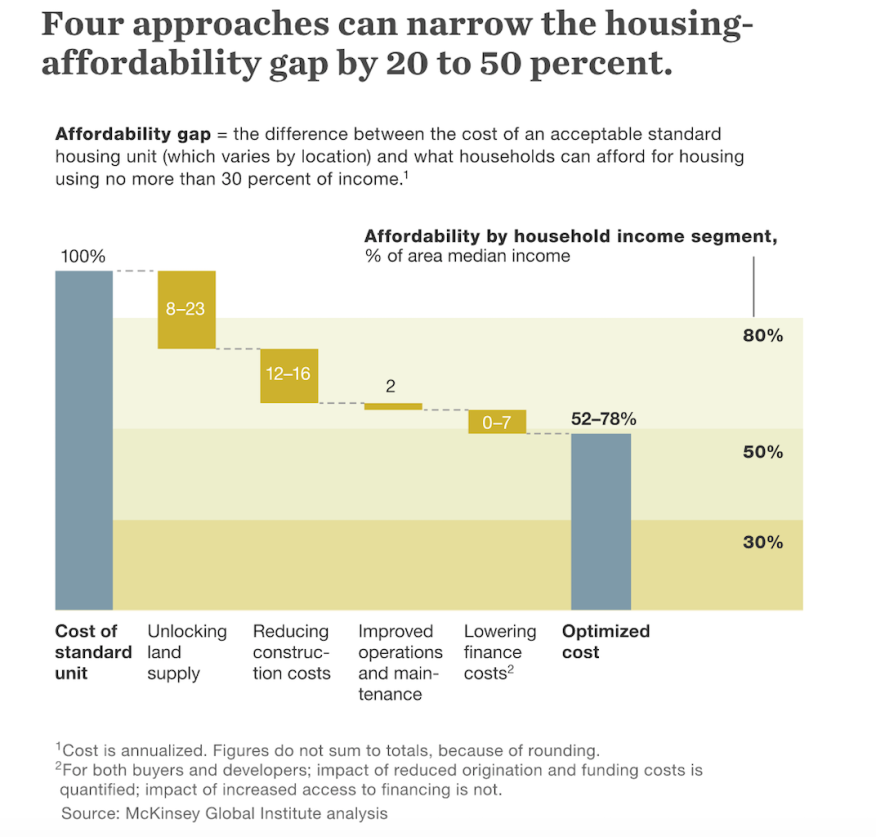 McKinsey Global Institute, in an analysis of housing affordability challenges, quantifies one state’s chasm of unmet need for access to housing options this way: California, for instance, added 544,000 households but only 467,000 net housing units from 2009 to 2014. Its cumulative housing shortfall has expanded to two million units. With home prices and rents hitting all-time highs, nearly half of the state’s households struggle to afford housing in their local market. The report goes on to characterize the material consequence of the gap between what’s happening and the need for more to happen as a function of how much the state loses when people are overburdened in paying rents. $40 Billion, with a B. That’s 6% of California’s GDP.

Builder: How the Government Can Help Housing