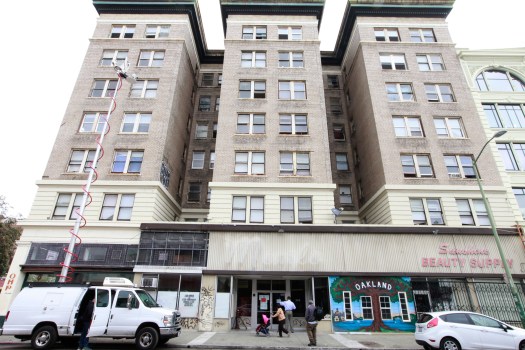 About $48 million of city and county funds were set aside for the construction of new affordable housing in Oakland before the end of 2017, as well as $9.5 million in bond money toward renovating existing affordable housing. The City Council, during its last meeting of the year Dec. 18, authorized $13.5 million in funds from the city’s affordable housing trust fund to be used as affordable housing loans for up to 10 new developments in Oakland, and allocated $34.4 million of Alameda County housing bond funds set aside for Oakland projects to help pay for some of those developments. “I’m thrilled that we’re actually spending this money on these important projects,” Councilman Dan Kalb said at the meeting. The projects include the Camino 23 mixed-use development in Fruitvale, Coliseum Place in East Oakland, MacArthur Apartments at 9800 MacArthur Blvd., a five-story building at 3268 San Pablo Ave., the second phase of the Fruitvale Transit Village, a mixed use-building at Seventh and Campbell streets in West Oakland, family housing at 3801 Martin Luther King Jr. Way, a development expected to have more than 150 units at Brush Street and West Grand Avenue, and family housing at 34th Street and San Pablo Avenue.