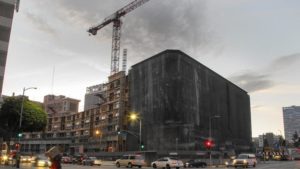 A Los Angeles ballot measure pitched as a way to provide good jobs and less expensive housing would instead worsen the city’s affordability crisis, according to an economic analysis released Thursday by the measure’s critics. The study targets Measure JJJ, which is backed by labor and tenant advocates. If passed by voters on Nov. 8, it would impose new hiring and affordability requirements on developers if they want city approval to build apartment and condo projects larger than zoning currently allows. Proponents of the measure, also known as Build Better L.A., see it as a way to ensure that the city gets tangible benefits for relaxing development standards that when waived can make projects denser and more valuable.