The Economist: Millennials May Move Less because Fewer of Them Own Homes

The Economist: Millennials May Move Less because Fewer of Them Own Homes 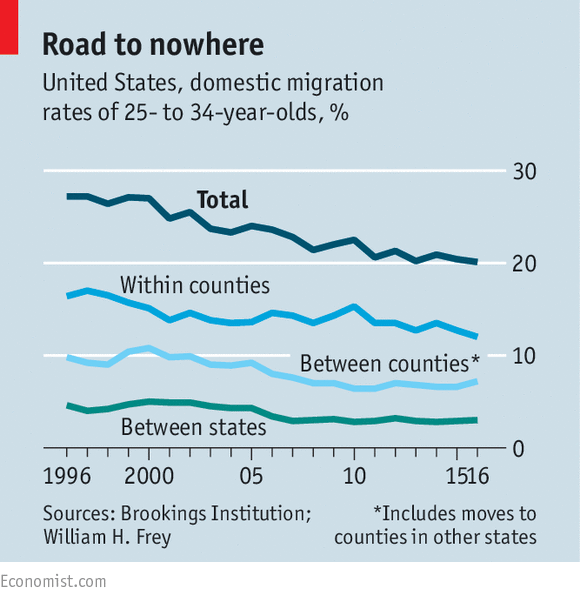 MILLENNIALS—the generation which roughly includes those born between 1980 and 1996—have a reputation for being footloose. But analysis by the Pew Research Centre released in February suggests American millennials are moving less than previous generations did when they were younger. In 2016 20% of those aged 25-35 changed addresses, compared with 26% of the generation above in 2000 and 27% of late baby-boomers in 1990.

The Economist: Faced with a housing crisis, California could further restrict supply