Business Industry Association of So Cal > My News LA > MyNews LA: New homes cost more in LA with fees to help the homeless? 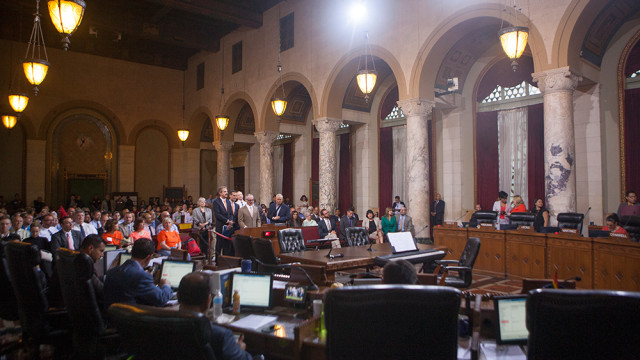 Will Los Angeles force developers to pay extra for new structures to raise millions to help the homeless?  That’s what the City Council will decide this week when members vote on a “linkage fee” that would require just such a payment. An affordable housing linkage fee has been one of the most hotly debated and controversial proposals to come through Los Angeles City Hall in recent times, and is now set to be voted on by the City Council in its last session of the year. The agenda for the Wednesday meeting of the City Council — the body’s last of 2017 before going on an extended holiday recess — includes a vote on the linkage free, which Los Angeles Mayor Eric Garcetti first proposed two years ago and called on the City Council to pass during his State of the City speech in April. Commercial and residential developers would have to pay a fee for every square foot of new construction, with the money used to provide housing for the homeless.