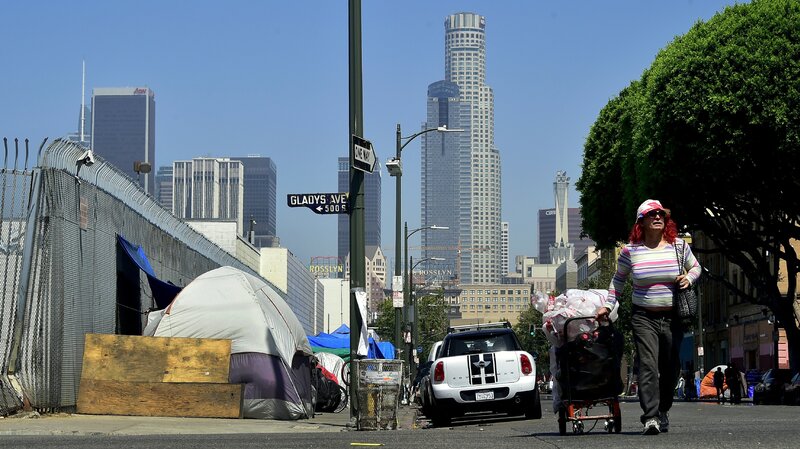 Homelessness in the United States went up slightly this year for the first time since 2010. During a one-night count in January, 553,742 people were found living outside or in shelters across the country, a 0.7 percent increase from the year before, according to new data released by the Department of Housing and Urban Development on Wednesday. The increase is almost entirely due to a surge in homelessness in Los Angeles and other cities facing severe shortages of affordable housing, say HUD officials. Many of the cities are on the West Coast, including Seattle, San Diego and Sacramento, Calif. Overall, the nation’s homeless numbers are 13 percent lower than they were in 2010 and some communities have all but eliminated homelessness among veterans, emphasized HUD Secretary Ben Carson.