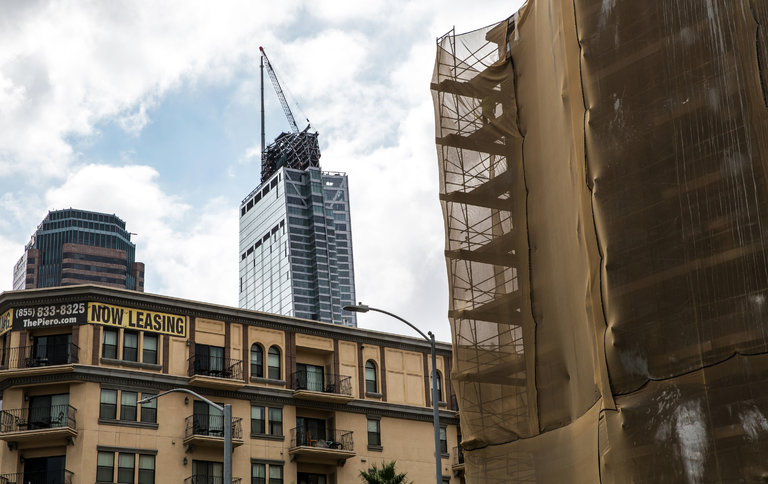 What does it take to be middle class in Los Angeles? That was the question Ross DeVol started out asking himself when he began calculating how much a resident would need to make to spend 30 percent of earned after-tax income on rent for a two-bedroom apartment in Los Angeles County. The answer: a whopping $145,000. “It really challenges what we think of what we speak of the middle income family,” said Mr. DeVol, a researcher with the Milken Institute, a Santa Monica-based think tank. “It significantly changes the requirements for living a middle-class life here.”

New York Times: California Today: Neighborhoods That Grow Up, Not Out