Oregon Live: Apartment construction is drying up. Is affordable housing measure to blame?

Oregon Live: Apartment construction is drying up. Is affordable housing measure to blame? 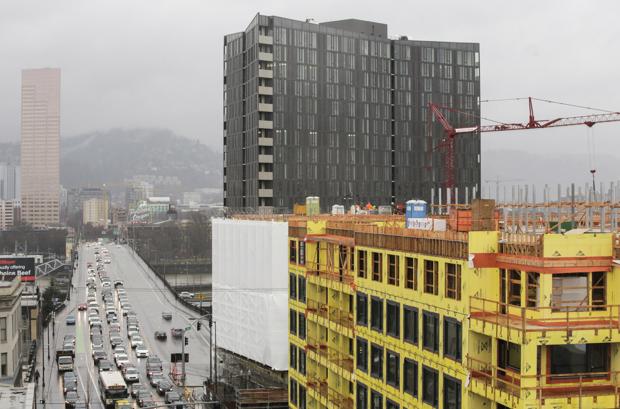 Portland’s apartment-building binge appears to be headed off a cliff. Applications for new housing developments have nearly ground to a halt over the past year, and there are plenty of reasons for that. Construction costs have ballooned, as have land prices. The glut of new construction, meanwhile, has taken the wind out of rising rents, at least at the high end. But Portland officials are increasingly worried the city’s inclusionary zoning policy, which compels developers to set aside rent-restricted units in large apartment and condo projects, might be playing a role, too. And if home construction dries up, it could ultimately push housing costs even higher. Only 12 privately financed developments large enough to trigger the mandate, totaling 654 units, have sought building permits since the policy took effect last year. A more typical year in the recent housing boom has seen thousands of new apartments proposed.