The Real Deal: LA’s home prices are soaring and homes are flying off the market

The Real Deal: LA’s home prices are soaring and homes are flying off the market 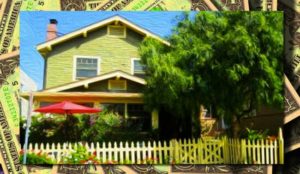 The news isn’t good for Los Angeles home hunters. New data shows that prices keep going up and homes keep flying off the market. The report from Pacific Union International found that the median price of a home price across the brokerage’s markets stood at $910,000 in March, about 14 percent higher than the same period last year. The data spans homes from the San Gabriel Valley to the Westside and San Fernando Valley. The rise in prices is largely because of a lack of supply, according to Pacific Union’s chief economist, Selma Hepp. “The last time we saw this level was in 2013, one of the strongest years for prices in L.A., and the inventory is about half the level it was then,” Hepp said. Competition for homes is tight across the city, the data found. Homes are selling in around 30 days, almost one week less than they did last year. And about 45 percent of homes sold above the asking price, up from 38 percent a year ago.