Urbanize LA: Everyone Deserves the California Dream. It’s Time We Build Enough Housing to Provide It.

Urbanize LA: Everyone Deserves the California Dream. It’s Time We Build Enough Housing to Provide It. 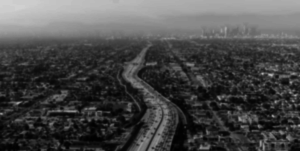 California in 1960 was a place on the move.  Edmund G. “Pat” Brown Sr. – who served the as the state’s governor from 1959-1966 – spearheaded three major initiatives aimed at providing a piece of the California dream for all residents of the state. In doing so, Governor Brown became the architect of modern California. First, the California State Water Project – created to make sure the entire state was “water secure” – has been called by historians the “most significant public water project in world history.” Second, the governor pushed numerous transportation projects that linked residents up and down the state. Third, the California Master Plan for Higher Education expanded our state’s universities to become the world-class public institutions they are today – initially free of charge. Pat Brown realized the dream of free university education fifty years before Bernie Sanders ran for President on the idea. Later governors insisted on charging tuition. Finally, at great political expense, the governor stuck his neck out to pass the Rumford Fair Housing Act. One of the first bills in the nation to address discrimination in housing, the Rumford Act set a national precedent that eventually resulted in passage of the Fair Housing Act in 1968, which outlawed discriminatory real estate practices nationwide.